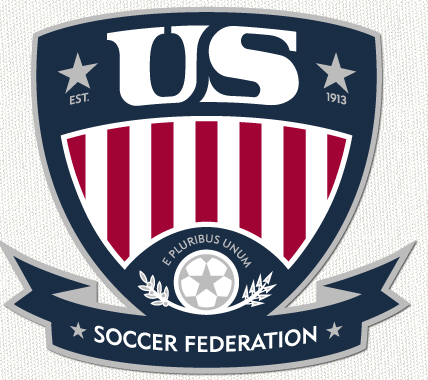 Effective August 2017, the grouping of players will also change nationwide, with encouraged adoption of best practices in August of 2016. U.S. Soccer will go back to calendar birth years to align with international standards and Youth National Team programs.

US Youth Soccer will implement the best practice of calendar year age grouping for player registration beginning with the 2016-2017 soccer year for US Youth Soccer programs and competitions.

Using the school calendar for age groups is practiced only in the United States and Canada; as all other FIFA members go by the calendar year.

Previously, age groups were determined based on players born between Aug. 1 and July 31. The change to calendar year age groups will reflect the calendar year, or Jan. 1 to Dec. 31. Players are still allowed to “play up” or play in an older age group.

US Youth Soccer, a respected leader in player development for more than 40 years, has seen the evolution of the game and various changes. The US Youth Soccer Olympic Development Program has used the birth year for the grouping of players since it was established in 1977. In fact, the James P. McGuire Cup, the oldest trophy in youth sport, awarded at the annual US Youth Soccer National Championships also shows the history of teams named for their calendar year age group.

“Overall, the two things this accomplishes is it makes things easier and it gets us on the same calendar with the rest of the world," Ramos said. "So now it becomes easier to identify for U.S. National Teams and everything else when it comes to international soccer.”

Birth-year registration calendars will now align with the start of the calendar year and run from January to December, rather than August to July as it had previously. For example, a U-15 player (players 15 years old or younger) would have a birth year of 2000 (Jan. 1 through Dec. 31) for the 2015 registration year.  In 2016, U-15 players would be born in 2001 or earlier. Birth-year registration applies to all player age groups and not just players age 12 and younger.

The initiative will align registration with the international standard, while simultaneously providing clearer information on player birth dates to combat ‘relative age effect’.

Relative age effect refers to the selection bias related to players that are more physically mature than their peers due to being born earlier in the year. U.S. Soccer seeks a balance of players that are born throughout the year so that all players, those born in the earlier months, and those born later have equal opportunity to grow and develop as soccer players.

"It makes the process easier," Ramos said of the birth-year registration initiative. "Over the years you go through coaching youth soccer and you are constantly finding parents and players confused about what age group players belong in. The current August 1 cutoff meant that two players born in the same year could be in different age groups. To make it more confusing, different school systems have different cutoff months for going into the new grades. It was just very difficult for parents to take it all in. This new calendar year system makes soccer easier. If you’re born in a certain year you belong in that certain age group. Simple. It also puts our players on the same age-playing calendar as the rest of the world so they will be used to competing in the right age group.  That makes it much easier for us to scout for the National Teams and find players ready to compete internationally.”

The birth-year registration initiative will not cause the dissolution of age-group based teams that already play together, but will rather give players the opportunity to ‘play up’ with older age-groups.